The infamous Dave Semenko made space for Wayne Gretzky during the Great Ones early years in Edmonton.  If you messed with Gretz, you had to answer to Semenko.
Semenko was originally drafted by the Minnesota North Stars in the NHL, but Semenko choose a more lucrative offer to play with the Edmonton Oilers in the WHA.  When the Oilers joined the NHL, the Stars claimed Semenko.  Semenko would never play a game with the North Stars, as the Oilers and Stars worked out a trade.  Ironically, Semenko was traded for two draft picks, and the North Stars used one of those picks on Neal Broten.  Gretzky only had three fighting majors in his career and one of those beatings fights was against Neal Broten.
Semenko would played in Edmonton from 1977 to 1986, before being traded to the Hartford Whalers.  Semenko would spend one season in Hartford before playing a final season with the Toronto Maple Leafs.
Semenko only has four cards during his playing days, and none after the 82-83 set. Below is a1987-88 OPC custom made to represent Semenko's time in Hartford. 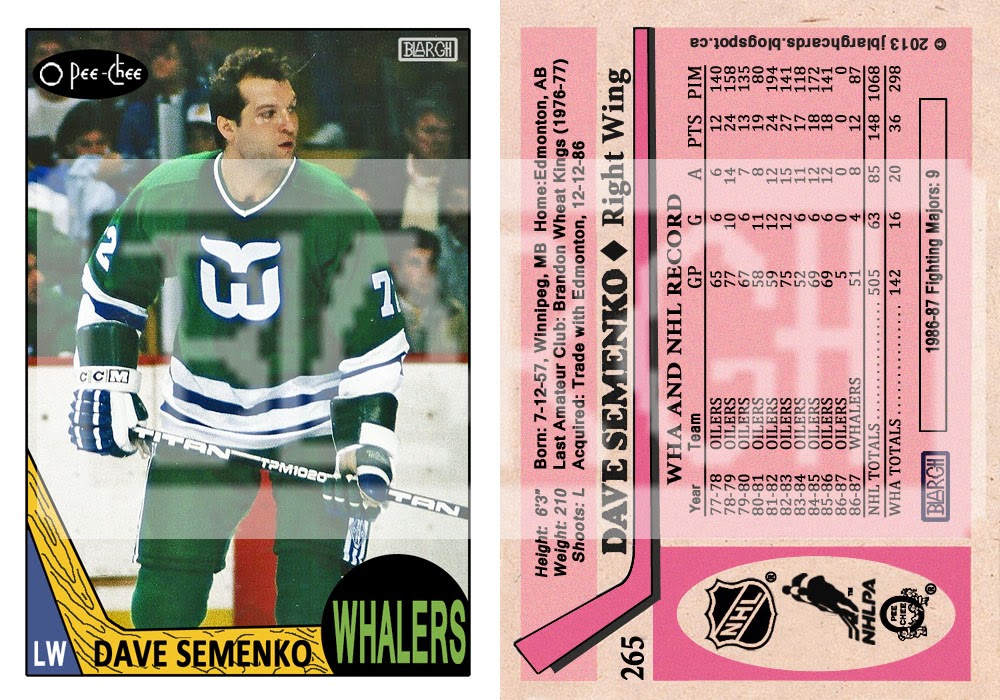 Posted by JGBlargh at 11:50 AM No comments: Links to this post