Todd Simpson played for seven teams during a ten year NHL career.  He was a crease clearing defenceman who set a career high with 15 points in 2001-02 while playing for the Phoenix Coyotes.  He served as the captain of the Calgary Flames for three seasons.  One of Simpson's achievements during his career was a Gordie Howe Hat Trick against the Anaheim Mighty Ducks in 1998.  Todd Simpson fought Darren McCarty six times in his career.  According to Simpson, there was no bad blood, "It just happened, we both played hard.  We both respected each other."  In terms of who got the better of who, "I would say it was even."  In his career, Simpson had 14 goals.  It's his first goal that Simpson remembers as the prettiest goal he ever scored.  His "backhand shelf" goal earned the Flames a tie against the Detroit Red Wings.  Mr. Simpson is now a real estate agent.  I asked Mr. Simpson if there was one skill he learned from hockey that has made him a better, "Mental toughness".  Mr. Simpson signed 3 of 3 and kept the extra copy of the picture as offered.

Posted by JGBlargh at 3:10 AM No comments:

Gaston Gingras had already played a season of professional hockey when he was selected by the Montreal Canadiens with the 27th overall pick in the 1979 NHL Entry Draft.  Gingras, previously undrafted, had played one season with the Birmingham Bulls of the WHA.  Gingras would play 3 1/2 seasons with the Habs before a midseason trade sent him to the Toronto Maple Leafs during the 1982-83 season.  In what must have been the low-point in his hockey career, Gingras was sent to the AHL in 1984-85, where he spent the rest of the season.  During that low point, the best thing in his career happened, he was traded back to the Montreal Canadiens.  He would help thier AHL team, the Sherbrooke Canadiens, win the AHL's Calder Cup.  He finished the following season Montreal and helped them win the 1986 Stanley Cup.  Gingras would finish his career as a St. Louis Blues in 1989 before spending four seasons playing in Europe.  Gingras is still active coaching and teaching hockey at the youth level.  He has also made several trips to Nunavik to help teach hockey skills to Inuit youth.
I had sent Mr. Gingras two cards to be signed.  Gingras did not have a card made of him during his second tenure with the Canadiens.  One of the cards I sent was a custom 1986-87 OPC of himself.  He kept the extra copy, as offered, and then also added another card and a over-sized card.  Great return from a member of the 1980s All-Star Moustache team.

The Forgotten: Brad Fast (with Q&A)

Multiple choice question.  Who has the higher goals per game average for their NHL career?  a) Wayne Gretzky; b) Mike Bossy; c) Steven Stamkos; or d) Brad Fast.  If you answered Brad Fast, then you are correct.  Of course you answered Brad Fast, since you already read who this post is about... you cheater.
A 3rd round pick in the 1999 draft, Brad Fast made his NHL debut with the Carolina Hurricanes in the final game of the 2003-04 season.  With 2:26 left in the 3rd period, and the Hurricanes losing 6-5 to the Florida Panthers, Brad Fast scored his first and only goal of his NHL career.  It was also the last game-tying goal scored in the history of the NHL, as the NHL would switch to the shoot-out in it's next season following the 2004-05 lockout.
Brad Fast would spend 2004-05 in the AHL before signing with the Los Angeles Kings for the 2005-06 season.  After a season with the King's AHL affiliate, the Manchester Monarchs, Fast played a few seasons in Europe.  He finished his pro career with three seasons with Anyang Halla, of the Asia League Ice Hockey.   He never did get a chance to play in the NHL again.  Fast retired from professional hockey in 2011.
In researching the career of Brad Fast, I was able to contact him and he kindly agreed to answer some questions regarding his career.

Email ThisBlogThis!Share to TwitterShare to FacebookShare to Pinterest
Labels: Hurricanes, QnA, The Forgotten

The Iron Man, Garry Unger, is best known for having the second longest consecutive game streak in the NHL. Garry played in 914 straight games from 1968 to 1979.  Mr. Unger started out as a top prospect for the Toronto Maple Leafs.  After a slow start to his NHL career, 2 pts in 15 games, Unger was traded to the Detroit Red Wings in a blockbuster deal, which involved HHOF Norm Ullman, and Frank Mahovlich and legends Carl Brewer and Paul Henderson.  In Detroit, Unger was put on a line with his boyhood idol, Gordie Howe.  In the 13 games after the trade, Unger had 15pts.

Expectation were high in the following season, 1968-69, but Unger struggled to meet them, scoring 44 points in 76 games.  The following season, Unger bounced back, as he focused more on shooting than passing.  He finished 2nd in the NHL with 42 goals.  For the 1970-71 season, the Red Wings had lured legendary NCAA coach, Ned Harkness to take over.  Harkness was a strict task master, whose demands included players having short hair.  The "Darkness with Harkness" era had begun.  Harkness and Unger butted heads throughout the season.  Unger was known for his blonde hair, flashy cars, flashy clothes and flashy women, he was dating Miss. America, 1969.  The Red Wings, occasionally known as the Dead Wings, struggled to a 12-22-4 record and Harkness was removed as coach, only to be promoted to General Manager.  Within a month, Unger was traded to the St. Louis Blues.

Unger would represent the St. Louis Blues in seven straight all-star games and score 30+ goals in each full season in St. Louis.  He would finish his career with stops in Atlanta, Los Angeles and Edmonton.  The once flashy playboy found religion near the end of playing days.  Unger tributes his consecutive game streak to his sister, who had polio.  “Back then it was difficult for me to complain about a sore ankle or leg when I knew that in two weeks it was going to fine, yet my sister was never going to be able to walk again,”


Mr. Unger currently works at the Banff Hockey Academy.  He signed both cards I sent him, and also added a signed business card, two signed 8x10s and a Tim Horton 8x10.  I am not sure why he sent the Tim Horton picture.  Unger and Horton were teammates briefly in Toronto.  My guess is that he wants to remind people that Tim Horton was a hockey player, and not just a donut shop.  I really appreciate Mr. Unger's generosity.  I will be hanging the signed Blues picture on my wall.  Thank you Mr. Unger.

1969 was the last NHL draft in which the Montreal Canadiens had the option of making two "cultural selections" at the start of the 1st round, in lieu of their 1st and 2nd round picks.  Montreal effectively traded-in the 8th and 20th overall picks for the 1st and 2nd overall picks, as long as they selected two french-Canadians with those picks. The Canadiens excerised that option and used the 1st overall pick to select Rejean Houle.  Houle played 635 career NHL games and won five Stanley Cups, all with Montreal.  His role on the Canadiens was a checking forward.  In the middle of his career, he spent 3 years in the WHA playing an offensive role.  In 1975-96, Houle scored 51 goals and 103 points for the Quebec Nordiques.

While Rejean Houle had a successful playing career, younger generations of fans know him best for being the man who traded Patrick Roy.  He was the GM of the Canadiens from 1995 to 2000.  Houle is still involved with the Montreal Canadiens as an ambassador.  He signed 2 of 2 and added a picture and card.  Request was sent to the Montreal Canadiens Alumni.

Posted by JGBlargh at 2:01 AM No comments:

Pat Riggin won the Williams J Jennings trophy and was a 2nd team All-Star in 1983-84, when he lead the league in shutouts and GAA.  Riggin played with four teams (Flames, Capitals, Bruins, and Penguins) in career, but had his best seasons with the Capitals.  The Capitals finished in the top 5 for least GA each season in which Riggin played a game for them.  Riggin played in the 1985 World Championships for team Canada.
Mr. Riggin signed 3 of 3 care of home.  He liked the custom picture so much, that he asked for more copies. 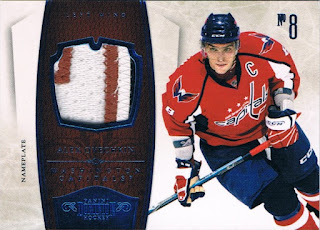 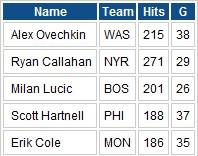 Reed Larson is one of the most under rated offensive defencemen of the 1980s.  Larson scored the 5th most points amongst defencemen from 1979-80 to the 1988-89 season.  Larson spent the majority of his career with the Detroit Red Wings.  The Red Wings of the 70s and 80s were not the same organization that they are today.  They were a running joke and often referred to as the "Dead Wings".  During Larson's ten seasons with the Wings, the team had a .367 win percentage and had a losing season each year.  Had Reed Larson played on a contending team, he might be more recognized today.  Larson finished his career as a journeyman, playing with 5 teams in his final three seasons before playing overseas in Italy.  Mr. Larson signed three of three plus an index card, thanked me for my latter and advised me to stay warm.  Thank you Mr. Larson.

Posted by JGBlargh at 1:58 AM No comments:

Email ThisBlogThis!Share to TwitterShare to FacebookShare to Pinterest
Labels: Bruins, Red Wings, TTM
Newer Posts Older Posts Home
Subscribe to: Posts (Atom)
All pictures are fan art. They are watermark to prevent copying and posting to eBay. I have seen copies on eBay in the past.