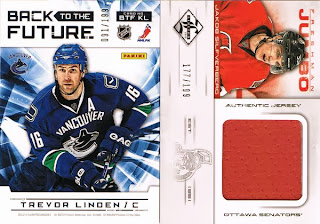 The Back to the Future card features Zach Kassian on the front.  Jakob Silfverberg has gotten out to a good start with his new team, the Ducks. 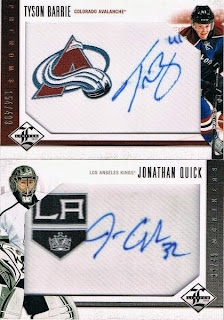 The star of the pack is the Jonathan Quick Silver Monikers.  Not great, but not horrible, but nothing here for my PC.
Posted by JGBlargh at 1:18 PM No comments: 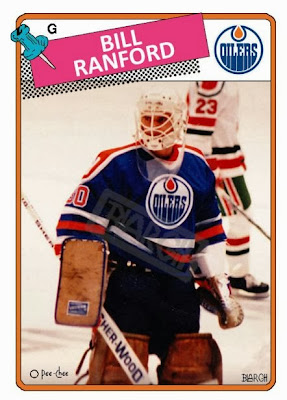 Since I'm using his picture, I may as well provide a link to his auction.  Guy has tons of 3x5 pics from the 80s.
Posted by JGBlargh at 2:52 AM No comments:

Email ThisBlogThis!Share to TwitterShare to FacebookShare to Pinterest
Labels: Custom, Goalie, Oilers
Newer Posts Older Posts Home
Subscribe to: Posts (Atom)
All pictures are fan art. They are watermark to prevent copying and posting to eBay. I have seen copies on eBay in the past.