What Out Joey, Billy's on the boards

What a great card to represent the dead puck era.  Bill Lindsay, a career grinder, having his sweater grabbed by an unknown Washington Capitals assailant.  A scene so offensive, skilled playmakers, such as Joe Juneau, on the bench, cringe in horror.
Juneau had 70 assists and 102 points in 1992-93, his rookie season.  Neither total was good enough to crack the top ten.  Lindsay, a key player in the Florida Panthers 1995 play-off run, had 34 points in 1996-97, matching his career high, set the previous season. 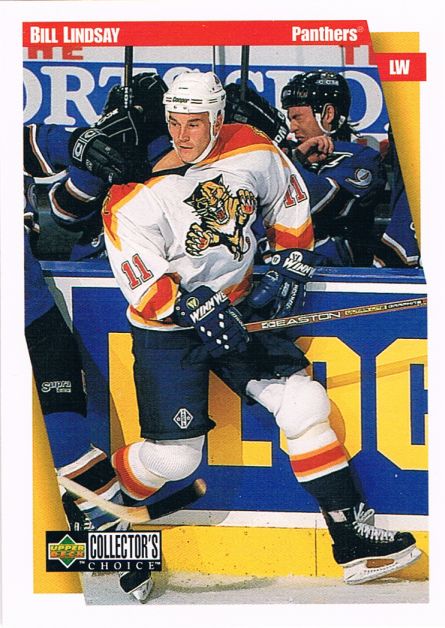 Email ThisBlogThis!Share to TwitterShare to FacebookShare to Pinterest
Labels: Panthers