Found a cool picture of Hockey Hall of Famers, Mario Lemieux and Larry Robinson.  I really loved it since it had Lemieux in the bright yellow Penguins jersey.  The Pittsburgh Penguins only used the bright yellow jerseys for three seasons, from 1981/82 to 83/84 and during the 1984-85 preseason..  That dates this picture as Mario Lemieux's first pre-season..  The bright yellow jersey was originally a third jersey for the Penguins, used only for Sunday home games.  In the 83/84 season, it became their primary home jersey.  It was used during the pre-season in 1984-85 before being retired.  I think it'd be sweet for the Penguins to bring them back as a third jersey.
When I found this picture, I couldn't help put to play with photoshop on this.  I wish I was trained in it but I mostly do trial and error.  It was expensive to buy, but I've used it enough to get my money's worth.  I like the effect I used on the background in the first picture but then I like how the players in the background become anonymous in the second picture. What do you think? 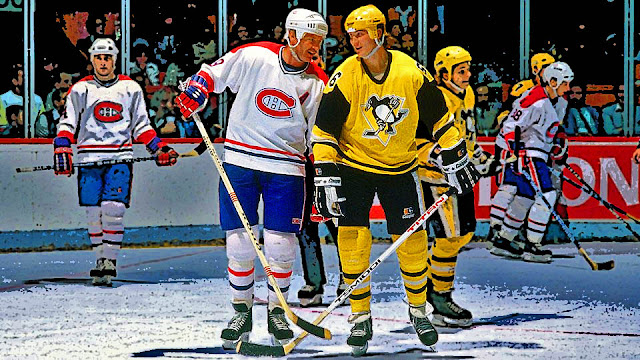 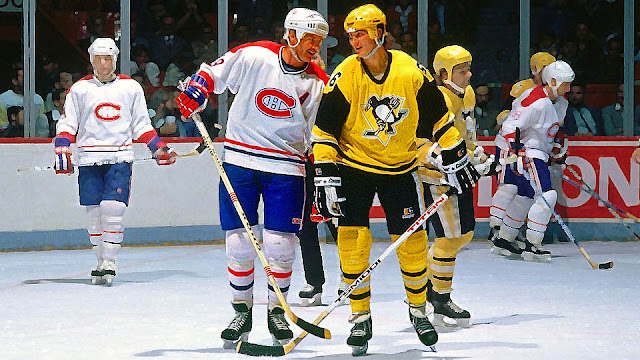 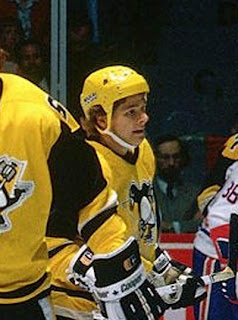